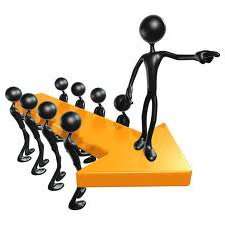 There are undoubtedly a host of definitions for what one considers a leader.  It's been on my mind a lot lately as we move towards a 5th federal election in the last 7 years in Canada.  Just seven days left to make that choice.

With cynicism, apathy, indifference, mistrust, fatigue, frustration, disbelief, downright irritation running at all-time highs when it comes to politicians in this country, it's easy to see how the central issue —- who will be the best leader — will get lost.

The older I get, the more I realize that few people are truly able to lead, and that leaders are born not manufactured or moulded.

The signs, in my opinion, are apparent from a young age.  They are usually present in a kid that 'does their own thing', doesn't get swayed, doesn't spend much time worried about what other people think of them, fixes their sights on a goal and works to achieve it, is able to rally people, make those around them better, diplomatically achieve compromise, aspires to always do the right thing, can extract a positive out of every negative, can transform a negative into some kind of a positive, is chained to their convictions, ethics and morals, and perhaps most importantly has a vision which they are committed to executing.

A lofty personal resume, no doubt.  But then again many of these traits are really linked to each other.  You can't have one the others.

Politics can be a dirty, nasty game — if one chooses to let it.  Renegging on promises, perfectly performed aboutfaces, negative attacks on other parties and leaders, dishonesty, lies — the list is long.

Isn't the world of public service difficult enough as it is?

I happen to know exactly who I plan to vote for on May 2nd.  I've made my decision based on what a leader means to me.   The lengthy list of attributes outlined above are fitting for a 'utopian' leader, but I will settle for someone who has the courage to stand for their convictions and does not get easily swayed.

Is that really too much to ask of the person chosen as the face of a nation?