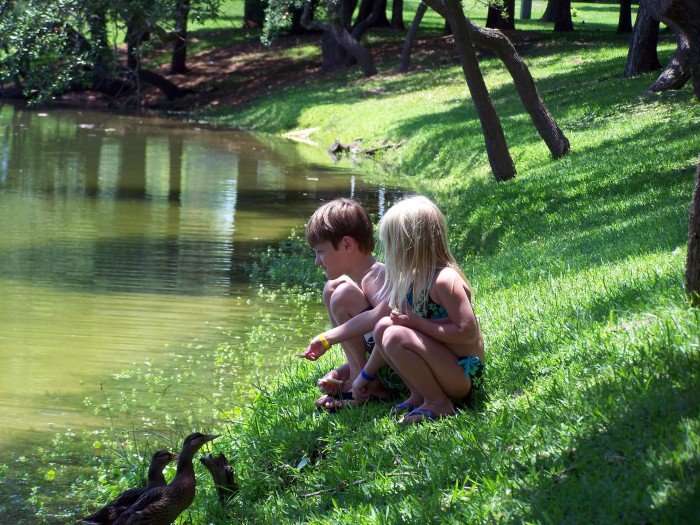 Its like a complete turn in the other direction..180 degrees. With the end of school and the kids off for the
summer holidays…it sometimes feels like everyone has switched off.

Who can blame them? Its the summer!

It all begins with the July 1st long weekend…the official start of summer. Kids are done…some are already off to
summer camp. Cottages are open and vacation plans are in full gear.

Voice mail leaves behind messages about travel plans with the excited tone of a kid waking up on Christmas morning.

The excitement about summer and what it represents, is palpable.

The City becomes a shadow of its former self. The drive to work is reduced, the traffic congestion is almost eliminated…only to be replaced with heaping amounts of road construction to
make those that remain in the City go completely insane!

Summer concerts begin…big name
acts and some not-so big name acts visit our city in the summer. I have great memories of The Forum at Ontario Place. Teenage Head, The Romantics, Joe Jackson or Kim Mitchell up at Wonderland.

Speaking of which, Canada’s Wonderland which has been silently open for business since May is inundated
with families from all over the City and beyond its borders…every single day
of the week. All the other attractions and annual events found in our City are about to happen or are scheduled to take place later in the summer. People are
off and soaking up their Vitamin D.

Beer and alcohol sales are up! I love drinking beer during the summer…more so than any other time of year.
There is nothing better than a super-cold beer on a sweltering hot day..yeah,
like I need an excuse to have me a “brew-skie”!

My bbq is in constant use…as are bbq’s of others as socializing is amped up. Everyone wants to have a backyard
bbq with close friends and family members.

All of our bikes are now filled with air and tuned up and ready to go. The freedom of getting around on bike with
the kids and seeing different parts of the City become a reality.

Generally speaking, people are just much happier and mellower. Monday morning business calls begin with, “How
about that weekend! Where did you go? What did you do?” Talk in the office
is about people sharing their vacation stories, their weekend exploits,
projects completed around the house, a great baseball game they saw with the
roof opened at the Skydome (sorry, I refuse to call it the Rogers Centre
because of my disdain for that company).

Workers with windows tend to look outdoors and daydream about being anywhere “out there” instead of
stuck inside.

Oh yeah, how can I forget all the lovely sights of summer? Yes, there are beautiful flowers, plants and thick
green fields of grass…but, as a guy…I would be remiss in not celebrating
summer for women’s fashion. The layers of winter are peeled away and summer
dresses and short-shorts with tank tops are everywhere! (including on my
wife…who can pull it off big time!!).

This kind of laid-back, happy-go-lucky feeling only exists in the summer.  Discussions like these are
never shared in the winter when people are stuck in blizzard-like conditions
and are much more prone to hibernating because the weather is just so dreadful.

I remember playing outside on summer nights until the sun went down. I would be sweating up a storm playing baseball
or tennis with friends or hanging at the nearby park and invariably, someone’s
Mom would come out with popsicles or freezies or better yet…Lolas!!

When I was even younger, I would get into bed at 8pm and the sun would still fill my room with light…my parents
never knew that I just stayed up, listening to the radio and falling asleep as
the sun finally began to set. Who could sleep? The were too many things to do
outside. Life was never better.

Stephen Gosewich is an aspiring enlightened male. He spends his weekdays as a commercial real estate professional, and all other times just hanging out with his wonderfully supportive wife and two very active and inspiring daughters. He loves blogging, spinning and practices yoga. You can read his blog at www.theenlightenedmale.wordpress.com