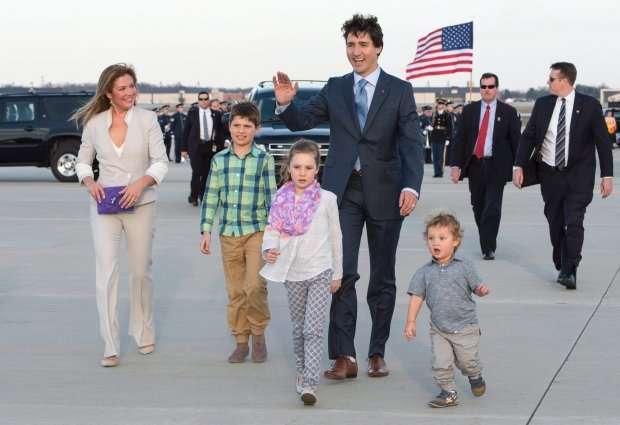 Shhh. Listen closely. Do you hear the eye-rolling?  If it’s not audible to you, then hooray. Keep doing what you’re doing.

There it is, that P-word. The one that gives many fits. Positive. And what in the world is so wrong with it, I’ve always wondered.

Positive politics. Positive parenting. What could be negative about positive anything?  But the naysayers loom, of that you can be sure.

Several years ago now, I made a conscious decision to politely walk away from negative energy. The younger, vibrant version of myself would have worked tirelessly to get to the bottom of why an individual was negative. The older, grizzled version of myself simply does not have the energy, time or desire. The naysayers can fend for themselves, I declared to myself a few decades ago.

When I meet negative people, I spew positivity…if it kills me.  And it ain’t easy.  Exactly like parenting.

What’s fascinating and disturbing to me is most negative people don’t know why they are in such a grey-black-dark state. Then there are those who I am convinced choose that mindset and revel in it. The same people who try to attract new recruits and often succeed.

Having worked in television newsrooms for the better part of 20 years, both as a full-time employee and freelancer, I can count on two hands the number of positive people I’ve met.  We’re talking about finding brightness and energy within a stressful, competitive, constantly-changing, deadline-driven environment where largely negative human dramas are unfolding before your eyes and your responsibility is to tell that story. It’s not sunshine and daisies.  Yet, the positive people I’ve known from this environment over the years remain consistent in their action and mindset — fending off that tidal wave of negative energy deftly, swiftly and with every fibre of their being. It ain’t easy.  After all, ‘if it bleeds, it leads’, still holds true in media. I continue to hope for that to change.

For parents, there is no greater challenge than to be positive with understanding your child’s behaviour, disciplining them or staying the course on punishment. Positive parenting requires patience, forethought, patience, example-setting and um, PATIENCE.  I fail at this more than I succeed, without question, but I never stop trying.

I did not vote for the Liberals and Justin Trudeau, primarily because I was not crystal clear on his platform. My voting choice had nothing to do with personality and everything to do with pure politics — vision, plan of action, ability to inspire confidence in others and most importantly execution of the plan.

Since his historic election victory, I have become increasingly taken by one thing about Mr. Trudeau:  he does his own thing. His own thing seems to be rooted in seeing the glass half full, rather than half-empty. I applaud that. That takes a degree of courage because it is not popular, nor the status quo. It’s different and the stuff of eyebrow-raising, and yes, eye-rolling, sadly….all when it should be everyone’s default position.

Positive parenting and positive politics must be the ‘new

normal’ for all the reasons mentioned. It should also be normal because with positive anything, one can be assured that empathy, compassion, integrity and kindness are not far behind.  Trudeau, incidentally has already displayed these traits quite openly since taking office.

Ironic too, isn’t it, that when WhereParentsTalk interviewed Mr. Trudeau back in 2010 as part of 5 Famous Fathers, 5 Questions, the first answer he provided when asked, “Your secret to success as a Dad?”  His response? “Patience, unconditional love, and never trying to multitask when I’m with them.”

What works in parenting apparently can work in politics, when it comes to positivity.