Things I Never Thought I’d Miss about Having a Newborn 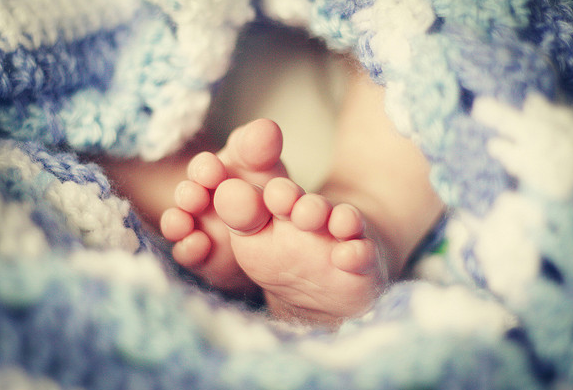 Having a newborn is tough; there are no two ways about it. It’s a life-altering adjustment that you can’t fully prepare for beforehand and the feeling of being overwhelmed is almost constant. At one point or another, we all felt driven to our wits end by the demands of having someone rely on us 24/7 and we silently (or not so silently) prayed for the newborn stage to be over.

So you can imagine my surprise, when, as I turned the page on my daughter’s first year, I found myself reflecting on those harrowing first months with a sense of nostalgia. Maybe it’s the rose-colored glasses that go hand-in-hand with a full night’s sleep, but nonetheless, there are things I definitely miss about having a newborn.

Here are just some of them:

“Enjoy this time, it goes by so quickly”: As I wandered from shopping mall to grocery store looking like a zombie from the planet NeverGonnaSleepAgain, the last thing I wanted to hear were a bunch of clichés about cherishing this special time. Now, I begrudgingly accept that everyone was right as I realize how fleeting those few months really were.

My swollen…everything: Remember barely being able to sit down? How about the two engorged volcanoes on your chest threatening to erupt any minute? It felt like torture at the time, but looking back, those aches and pains were battle scars and a constant reminder of the tiny life that depended solely on you for survival.

Lack of Routine: Think about it. When in your later life will you ever be exempt from conforming to a schedule? In a warped way, having a newborn is like the loophole of adulthood, you’re basically encouraged to sleep in the middle of the day. Um, awesome?

The bucket car-seat: I used to curse that thing left and right! It was cumbersome and awkward to carry; I remember threatening to chuck it out the window at least twice. But now that it’s cold out, it would be SO nice to be able to fasten our daughter into the bucket indoors rather than pile her into a freezing cold car and attempt to secure her with frozen fingers.

Middle of the night feedings: There were nights I recall feeling like I was the only person awake in the entire world. The exhaustion felt relentless, like someone was forcing my eyes open with toothpicks. In retrospect, those overnights spent rocking my daughter back to sleep rank highly among the most special times of my life.

Pumping: Just kidding. Nothing to miss about that.

So you see, to everything there is a silver-lining and the newborn stage is no exception. It may take six-months and a trip to the day spa to realize it, but those challenging early days – and all the crap that goes with them – are unique and so incredibly rewarding that you might occasionally find yourself wishing for them back.

Cara Scholl lives in Toronto with her husband and 13-month old daughter.  Her passions include following politics, musical theatre and experimenting with her slow-cooker. She holds a Master’s Degree in Broadcast Journalism and enjoys documenting her parenting adventures on her recently established blog, The Mommy Brew.