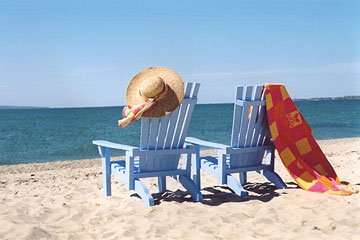 I went to pick up my youngest daughter the other day from the camp program at her daycare. Each week during the summer, the kids get to go on various excursions around our city and sometimes outside the city limits.

This summer, many of their trips have included going to public swimming pools; perfect – considering the extreme heat we have all been living through.

This particular pick-up was interesting to observe because as I approached, I noticed that a number of the kids were just sitting around – some even lying down. They all looked sort of bored and somewhat sleepy. It was a Friday and the long weekend was in front of us.

I asked my daughter if she had a good day and inquired about the kinds of activities they were involved with. She answered me, but sounded like it was an effort to get the words out. The camp/daycare provider came over and was able to give me a bit more detail. They had had a great day. While they stayed at the daycare facility to swim and participate in various crafts, she thought that they were really just tired from the week of constant activity and sweltering heat.

Could it be that as summer vacation gets closer to its completion that maybe our kids are all “summered” out? Maybe its us parents who really are the victims of summer overindulgence?

Almost 6 weeks into the summer break, the past school year feels like ancient history and our kids brains have all turned to mush because of academic inactivity. The routine of the school year is shot to hell…the kids stay up late…hang out with friends, watch TV, go to movies, eat frozen sweet treats…go to amusement parks, theme parks, overnight camps. Maybe too much time off is a bad thing.

I know that in my case, my kids stay up later, are harder to get up in the morning…they really haven’t cracked open a book all summer long and are basically slugs. Not something I am proud of…but after all, it is summer. While my wife and I frequently complain that our kids are totally off track and that they are probably sleep deprived and are uber-lazy, it is summer. After all, for kids, summer is all about doing nothing; its about relaxing and taking it easy after a hard school year. I even remember when my eldest daughter graduated from Grade 6, the Superintendent of the school district spoke at her graduation and basically said that kids are allowed to do squat during the summer…and as parents, we shouldn’t feel guilty that they might just want to laze around. But at what point is too much relaxing a bad thing?

We parents might be all “summered” out because we are tapped-out financially from the constant flurry of activities, events and special events that we indulge our children with so we aren’t forced to hear them whine that they have nothing to do. Translated, a point is reached when we parents begin looking forward to that glorious sounding first school bell the day after Labor Day when we are finally able to hand over our children to their new teachers and that old familiar semblance of structure has once again returned to our lives.

But between now and then…there are still lots of things we, as tapped-out, sunburned, slightly hung-over (from all the backyard bbq parties we have been invited to), have to still endure. Back to school shopping, visits to the The Ex (The Canadian National Exhibition), somehow getting our children on some kind of schedule in anticipation of going back to school, haircuts, preparation of school knapsacks, increased grocery shopping purchases (sandwich making will be in full force very soon)…and I am sure a few other things that I have not thought about yet, but will be quickly reminded of as they occur.

Then, of course, the few days before school starts, the pre-school jitters will begin. Our kids will begin to realize that the start of school is just around the corner and they will be anxious, perhaps restless, will have some difficulty falling sleep and yes, there might even be some tears.

Stephen Gosewich is an aspiring enlightened male. He spends his weekdays as a commercial real estate professional, and all other times with his wonderfully supportive wife and two very active and inspiring daughters. He
lives in Toronto and enjoys family time, pop culture, spinning up a storm and perfecting his downward dog. www.theenlightenedmale.wordpress.com