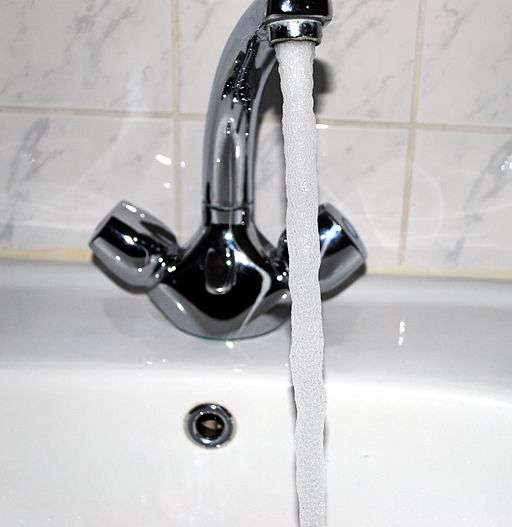 The seventh U.S. Democratic Debate was broadcast from Flint, Mich, Sunday night to spotlight the city’s ongoing health emergency. Residents of Flint have been living with a lead-contaminated water supply since 2014 because of a decision to divert the city’s water source to the Flint River in an effort to conserve money.

Both Hillary Clinton and Sen. Bernie Sanders addressed the issue head-on, calling at once for the state’s Republican Senator to resign over his mishandling of the crisis.

“I know the state of Michigan has a rainy day fund for emergencies, what is more important than the health and well-being of the people, particularly children?” Clinton asked. “It is raining lead in Flint, and the state is derelict in not coming forward with the money that is required.”

Though the candidates were both pointed in their criticism, the most impactful moment of the debate was when Mikki Wade, a public housing program manager and mother of two, described her experience living without access to clean water.

“The water has impacted our lives in such a way that living comfortably in our home isn’t the same anymore,” she said. “The constant drives to pick up water just so my children can wash their hair, to wash our fruits and vegetables, and to brush our teeth is incredibly difficult. Once the pipes are replaced, I’m not so sure I would be comfortable ever drinking the water.”

After the debate, I started thinking about my daily routine and how it would be affected by poisoned water I couldn’t drink or touch. Below is an average account of my daily dependence on water and if it looks anything close to yours, it might provide some food for thought:

I do not pretend to understand what the residents of Flint are going through in this moment or what they’ve been forced to endure for nearly two years. Watching Sunday’s debate simply put into perspective how much I take for granted having access to clean water and how difficult it would be to live without it.

I hope the brave people of Flint receive the justice they deserve and that all those whose health has been impacted – from infants to the elderly – make a swift and complete recovery.