What Families Can Learn From Muhammad Ali 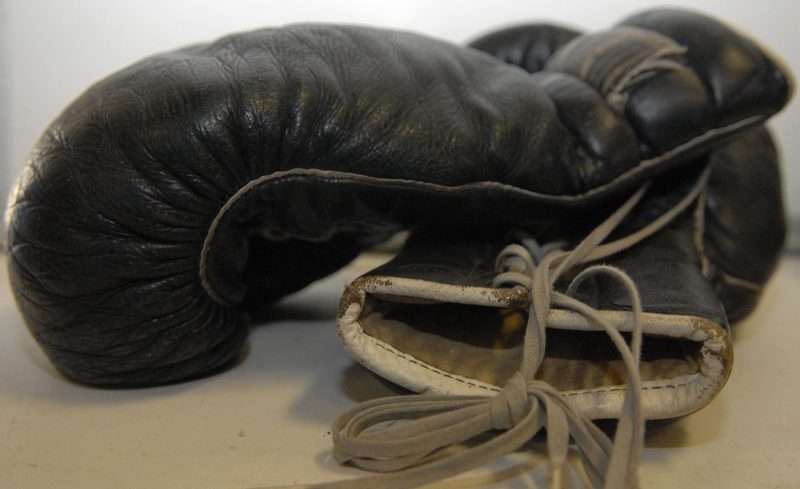 This blog originally appeared in Huffington Post Canada in June 2016

The worldwide eulogizing of arguably the greatest personality of the 20th Century has been simply riveting to observe, on so many levels and for so many reasons.

Each of us should make time, regardless of age or interest, and take in a little bit of the more-than-full life lived with passion, purpose and principle that Muhammad Ali led. And the heavy, weighty legacy he leaves behind.

What struck me about the self-professed ‘greatest of all time’, or #GOAT as one of my kids reminded me is something I hope that my children will embody in their own lives: Muhammad Ali was his own man. Love him or hate him, question him or applaud him — he did his own thing.

That ‘own thing’ was usually rooted in a commitment to doing the right thing — and often against definite, daunting odds. Doing the right thing for him was a mirror reflection of his personal beliefs, hewn from his upbringing and environment. After all, we are all ultimately products of how we were raised and the environment we are exposed to — are we not?

His unwavering principle is something to marvel at. Principle supported by action. He didn’t just talk the talk (which in itself he was highly-skilled it and evidenced in a litany of piercing quotes). He backed it up with action — which was usually followed by some degree of conviction and courage — cause being your own man is usually a road riddled with potholes, even in the best of times.

Just think about the pockmarked backdrop that defined Ali’s formative years: racial strife and social injustice (the plight of ‘colored’ people in the United States at that time), political unrest (the Vietnam War for which Ali refused to be conscripted) — all this and much more as the fire ignited in the 12-year-old boy who set out to be the architect of his own destiny, emerging as a confident, outspoken boxer of ‘colour’ whose drive, diligence and desire propelled him to international fame, glory and controversy.

Muhammad Ali had many reasons to throw in the towel (something he rarely if ever did in the boxing ring) — in his life. Instead he persevered to pursue his beliefs, seemingly never swayed by anything or anyone but his strong sense of self and his personal convictions.

That is something to be admired. And definitely something to emulate. And in my opinion, sadly, a dying breed. 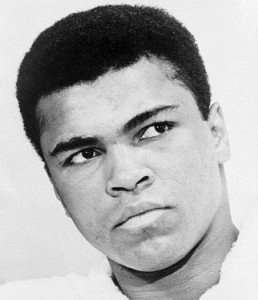 Today, doing the right thing, is also widely tested but in different ways. Measured against opinion from our family, friends, classmates, social media, the internet, what the Joneses are doing — it’s a robust, often influential list. It is easy to get sidetracked and even sideswiped. Staying the course is not a matter of course. The tide of ‘peer pressure’ ebbs, flows and usually devours those who hesitate.

At the end of the day, the only real measure of any consequence should be doing the right thing. Easier said then done.

As a parent, trying to raise children who understand right from wrong is something that starts early and is reinforced often. Adults can get led astray. Why should we expect a child to be any different. When you boil it down, the examples of right vs wrong occur daily in our lives, in both mundane and mammoth ways. Daily reality checks, should we choose to view them as such.

Doing the right thing is rather obvious when you think about it. Literally black and white. The challenge is following-through when it feels like you are on an island. Those who are capable of that follow-through usually emerge as true leaders. They may not have the title or the handlers or the finances to tell them they have the stuff of a leader, but their actions speak volumes. And that is what counts.

Sure, Muhammad Ali will be remembered by many for his memorable feats in the ring rising to become the heavyweight champion of the world. Others will surely admire his devout faith and finding it. There will be those who marvel at his searing courage in the face of mounting adversity. Individual traits, all of them, that should definitely be highly regarded. But when you strip it all down, you’re left with the core — a man guided by his principles and the desire to live them, daily.

The dramatic jabs, uppercuts, misses and body blows he endured in the ring mirrors greatly Ali’s life outside it. He even perfected the ‘on the ropes’ move as a part of his in-ring strategy. All focused on winning the bout. Outside the ring, focused on preserving his principles. And while he no doubt had his flaws, it’s difficult to knock a man down for doing what’s right.

I look forward to hearing from his children — what it was like to have such a giant as a parent.

That too, should be riveting to watch unfold.

Six Adult Lessons I Learned as a Young Dancer