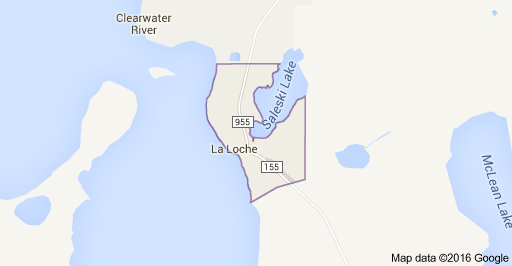 So the media has descended swiftly on the devastated community of La Loche, Saskatchewan, in typical fashion, to recount a horrific tale involving a boy with a gun, a killing spree, reeling families, a shell-shocked community.  All of which equal Canada’s worst school shooting.

Why are we the least bit surprised? And why are we pointing to bullying as a cause?  Bullying may indeed be found to be a contributing factor — that remains to be seen.

This is a story about hopelessness.  Plain and simple.  It has played out before and sadly will again unless leaders in this country actually execute a meaningful plan of action centred around how we treat First Nations in this country.  Stop talking. Start doing.  The conditions are appalling. That should be what shocks us.

Having visited a few reserves over the years as a journalist — none of them in remote parts of Canada, mind you — I can tell you about the decrepit conditions (lack of clean running water, overcrowded homes,  overpriced fresh produce — the list is long).  It all adds up to a lack of hope.  The face of hopelessness is something you NEVER forget.

We ONLY hear about these ‘third-world conditions’ when fatality strikes —- suicide, a murder , deaths — bigger story if these are alcohol-induced.  That’s the SAD reality.  So what happens in between these headline-grabbing events?  What are we doing to give so many of these children, adults, parents, grandparents and families living in squalor — HOPE?

The employment rate in La Loche hovers somewhere around 20%.  That’s the percentage of this community with a job.  Just imagine.

I’ve known many people over the years who have visited remote First Nations communities, including my husband, and literally stand there in disbelief as they tell you what they saw and experienced.  How can this be possible in Canada is usually a sentiment expressed at one point.

Surely there are some positive stories mixed in with the overwhelming negative, but the bottom line is we NEVER seem to deal with the root cause (a lack of hope caused by lack of basic resources), only the symptoms (suicide, murder, death).

The money past governments’ have allegedly freed up never seem to land directly where it’s needed in these communities — why is that?  Out of sight, out of mind?

I have long believed — and even put together and presented a proposal a few years ago to one of Canada’s main broadcasters — that the media has almost as important a role to play as government in writing a new story for the founding fathers of this country.

If and when a plan is crafted to improve conditions on these reserves, if and when the money begins to flow from the government — the media can play an integral, objective role in ensuring accountability and transparency — rather than just dispatching dwindling resources to do the SAME SAD STORY again and again — in a different place.

The Best Self Care Tips For Busy Parents

Being a busy parent can make it tough to find time for self care. However, it’s essential that you can take care of...

What to know about ADHD Diagnosis, Treatment and Medication: Pediatrician POV

In a career that has spanned more than 40 years and some 10,000 patients, Dr. Walt Karniski has seen the faces of...

In this episode of the Where Parents Talk podcast, Lianne Castelino speaks to Luis Fernando Llosa, award-winning...