Six Adult Lessons I Learned as a Young Dancer 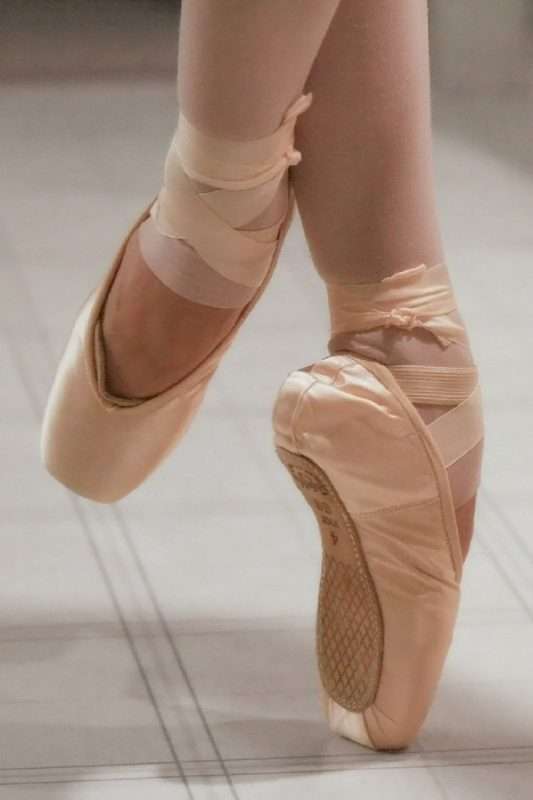 I was four the first time I danced in front of an audience. Dressed head-to-toe as a penguin waiter in our studio’s adaptation of Mary Poppins, I did my best attempt of a tap-dancing waddle while carrying an invisible tray around the stage. I remember feeling so proud because I was singled out for a mini-solo during that performance; a sequence in which I danced up to Mary and Bert and offered them both an invisible drink from my platter.

From that point on, I was hooked, in-love with all aspects of dance from choreography to creative movement, costumes to classical music.

I danced for the next 14 years straight, with each subsequent year becoming increasingly more intensive with competitions, recitals and graded exams. My schedule often meant going to the studio immediately after school and missing social gatherings on the weekend to attend class or an out of town festival.

I didn’t realize it at the time, but now, more than 15 years since my amateur dance career ended, I credit it with being one of the most positive influences on my adult life. Here’s why:

I began competing in local and provincial festivals from the time I was eight years old until I stopped dancing at 18. I’ll never forget standing before the adjudicators as they critiqued our numbers and the feeling of anticipation as they doled out gold, silver and bronze on-by-one. Competition is a reality of adult life and whether it’s contending for a spot in university or a new job, it’s valuable to have a healthy perspective on rivalry and the risks and rewards of putting yourself out there.

Competing was not always synonymous with winning, not even close. In retrospect, learning to lose gracefully – particularly in solo competition when I couldn’t slink into the background of my fellow group members – was the most instrumental skill dancing taught me. At this point, we’re all aware of life’s unexpected twists, turns and occasional disappointments and learning to deal with defeat early on was an invaluable lesson in humility and sportsmanship.

Was I ever going to be a prima ballerina? Definitely not. I was too tall with too-prominent an hourglass figure to ever make it into a professional company; nevermind that I lacked the turnout and enviable arch of a professional dancer.

Did lacking the ideal “body type” ever once stop me from donning a tutu or set of pointe shoes and dancing my heart out? Not event once. On the contrary, I participated in at least three competitions a year for more than a decade, dancing at least five separate numbers in each one.

For her part, my teacher was careful to never make any comments about our weight; even during those pressure-filled days before competition or a ballet exam, her critiques were limited to our classroom work and never, ever about our outward appearance.

In a world that often expects women to conform to a ‘perfect’ set of proportions, being a dancer in a non-dancer’s body instilled a sense of strength and confidence in me that it really doesn’t matter what you look like, it’s the hard work and energy you put into it that really counts.

Dancing practically every day after school and on weekends did not exempt me from homework or exams. Juggling academic responsibilities with a busy extracurricular calendar was an early lesson in how to prioritize, organize and be accountable across the board; procrastination was not an option when ballet class ended at 9:30pm.

My longtime Ballet teacher was pretty strict when it came down to it. Sure, we’d goof around on the odd occasion, but in general she ran a very tight ship. She expected regular attendance, punctuality, concentration and your utmost effort out of respect for her time. Learning deference from such a young age imparted a valuable life lesson about respecting authority that would surface again in my professional life.

I was at the studio upwards of five-days a week at the peak of my dancing career and during competition and recital season, that frequency swelled with additional practice sessions. I recall many afternoons spent bartering with my mom about wanting to skip out on class in favor of curling up on the couch after a long day at school, but it rarely worked. In hindsight, attending dance lessons day after day (after day, after day) instilled a lifelong sense of discipline in me that just because you don’t feel like showing up, doesn’t mean you don’t.

As a new mom, I hope to one-day enroll my daughter in ballet and watch as she explores the music in her first set of slippers. Nothing would make me prouder than to see her discover her confidence within the four walls of a studio, in the loving arms of dance.

I’m holding onto the penguin costume just in case.