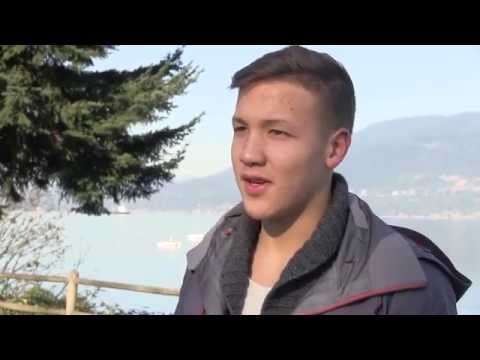 October is both Learning Disabilities Awareness Month and an ADHD Awareness Month.  According to Statistics Canada, more than half (59.8%) of all the children with disabilities in this country have a learning disability, 3.2% of all Canadian children have a learning disability – that’s roughly one child in every class. Many a time kids with Learning Disability or ADHD are discounted by the teachers and educators, and not much is expected of them. That’s why i decided to put together this list of disabled individuals who were absolutely extraordinary.

Terry Fox: A true Canadian icon, Winnipeg native Terry Fox is synonymous with determination and courage. After having lost a leg to cancer, he set out on a cross-country marathon to raise awareness and funds for cancer research. He was forced to quit 143 days into his run, and soon after lost his battle, he stands today as a pillar of hope and determination that all Canadians can look up to.

Helen Keller: Though blind and deaf, Helen Keller went on to become an activist, author and lecturer, due in no small part to the efforts of her teacher, Annie Sullivan. Ms. Sullivan taught her how to communicate during a time when such profound disabilities were seen to be insurmountable. She founded the ACLU (American Civil Liberties Union) in 1920, and traveled to over thirty-nine countries during her life, making friends with such notables as Charlie Chaplin, Graham Bell and Mark Twain.