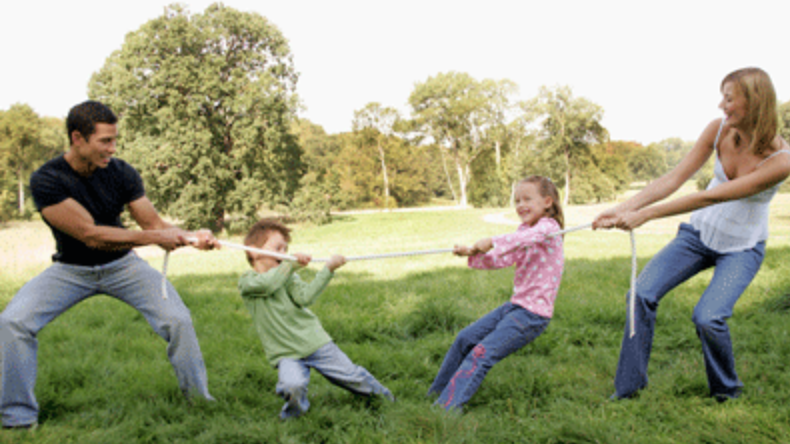 The more experiences I accumulate (code for: ‘the older I get’!), the more this concept is evidenced to me.  The concept?  There are primarily two types of people in the world — those who compete with others and those who compete with themselves.  There are many who exhibit bits of both, however, one approach to competition usually dominates in those individuals.  Nothing wrong with competition whatsoever, provided it is fair and healthy.

I’ve observed that by and large, the individuals who relish competing with others, end up sowing the seeds for ‘keeping up with the Joneses’ in their children.

The world we live in is already rife with competition.  Most of it unhealthy and unfair.  Do we really need to be feeding the beast by raising children from embryo to adult who spend more of their time concerned with what everyone else is doing rather than themselves?

Stop and think about it.

These seeds are sown in the smallest and biggest of ways. Smallish example.  Your kid begs you for the latest gadget.  You may ask, “why do you need it”. He or she presents a litany of arguments but one will definitely be — “because Bobby or Katie has one”.  Guilt consumes your brain.  Perhaps a little competitive fire fuels that guilt and the next thing you know you trot down to the gadget store to buy your 9-year-old a Blackberry.  Ridiculous when you read it, however, it happens all the time.

My husband and I have been that parent. Our approach to the question ‘so and so has one’ has always been “we don’t really care what Bobby or Katie have, you are our child and we are concerned about you.”  Depending on the age of the offspring, you may have to deal with a minor tantrum, the silent treatment, some kind of rebuttle, but they come back down to earth and resume normal behaviour.

If we celebrate each others’ successes rather than use them as a lightning rod for competition, our kids may actually understand the idea that what you have is really not important at the end of the day.  What is important is who you are and how each of us treats each other.