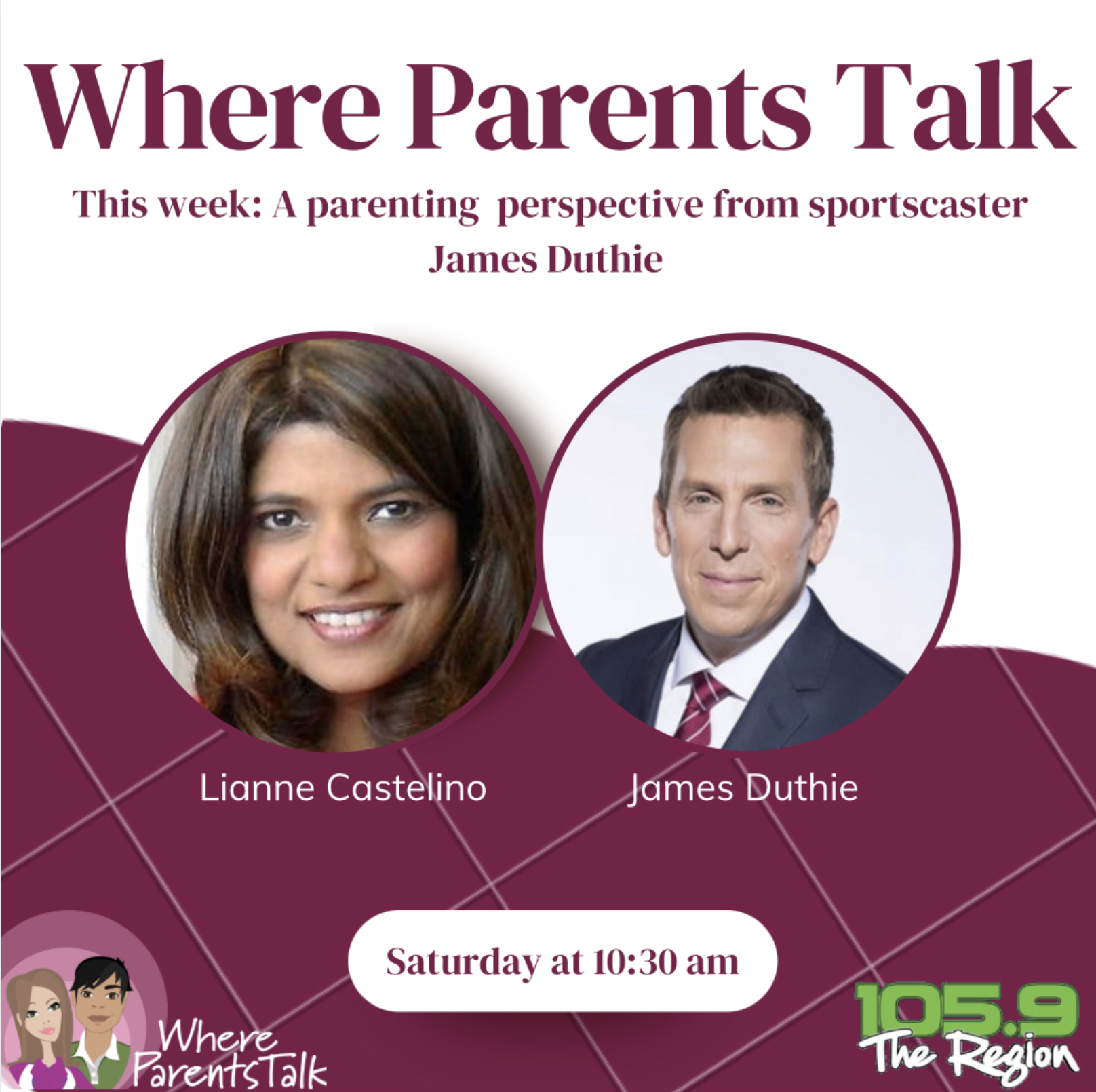 In this week’s edition of Where Parents Talk with Lianne Castelino on 105.9 The Region, a conversation with a familiar face to Canadian sports fans. James Duthie is also an award-winning broadcaster, author and father of three. He discusses raising three young adults, his childhood, managing career and family, being an ’empty nester’ and much more. 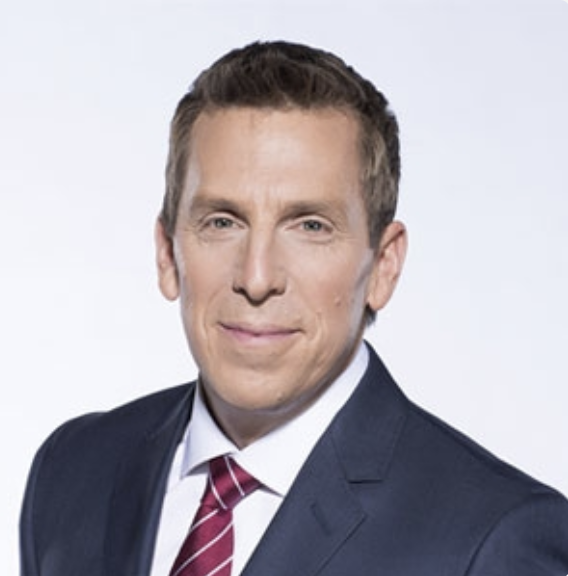 Q:  Have you always wanted to be a dad?

Yes. Always, always, always. I think I was lucky enough to have two great parents and a really, you know, a really good childhood growing up in the suburbs of Ottawa. And so I think, I mean, I don’t think when you’re 19 or 20 years old, you you want to have kids you’re too busy, out and living life but as soon as I I met a woman who would become my wife, I think I was 25 when we met I pretty much knew I wanted to have a big family with this woman if she put up with me that was many kids have a bunch of kids around well and you guys you know kind of have an interesting story in the sense that your kids are all really close together so we should say that you’ve got two girls and a boy and they are 2120 and 18. So all I picture when you talk about the early days are just diapers flying everywhere. You know, Thank God you’re over that part, I guess.

It would it’s as you know, any parent listening who has any of that situation, it’s pure and utter mayhem. Those you know, the years from I would say, from the when the third one was born until the third one became maybe five or six. And that is a triumphant moment. One of the greatest moments of my life is when the third one got out of diapers. And that was the you know, the biggest celebrations. I it’s just that’s such a massive deal for parents when you have multiple children when you get that out of the way but it was it was pure chaos. You know, it’s all a blur, but it’s also probably the favorite years of my life in many ways. And they’re all all the stages are great. The stage we’re at right now. I love I love the fact that my kids are adults and you know you can go out and have these normal conversations. I took my son on a golf trip this summer, which was really special. But I really loved those years when they were, you know, sort of two, four and five, that kind of thing when they still came running to the door every time that came home from work or, you know, particularly, I go on these little trips for work where I’d be off with the Super Bowl or something in the way they come to run and greet you at the door will be. thing now it’s only my dogs that do that.

Q:  You’ve got a very busy job. The media is not known generally, to be a friendly environment for families. How have you gone about sort of balancing that as a dad?

A lot of sacrifice for my wife. First of all, I can tell you that when we had our first Jared is my boy, my wife was working back then we were living in off the Danforth in Toronto. And she went back to work. And we had him in a daycare facility. And I remember we went to pick him up one day. And by the way, there’s a million fantastic daycares in Toronto, but he was staying at this lady’s house and we sort of came up to the door and he was in one of those jumping things, you know, you put your kid in that supportive and he just looked I think he was look miserable. And she happened to not be around it was just a bad experience. Probably us being more protective than anything else. But I remember my wife think I just can’t i can’t leave them anymore. And so she she stopped working and then never went back. And and I think so I owe her a ton for doing that and allowing me to have that job to be able to travel. I’m fortunate I’m not like, you know, the play by play guys, the guys who are out calling every single game, I think that’s a tough, really tough gig to be a parent because they’re on the road so much. For me, it’s more, I’ll do maybe a week, every two months. The events that I do, we’re kind of sporadic where I’ll be away for a week at the Superbowl or a week at the masters or the Grey Cup or the world juniors. But I’m a home an awful lot the rest of the time. And so it worked out okay. 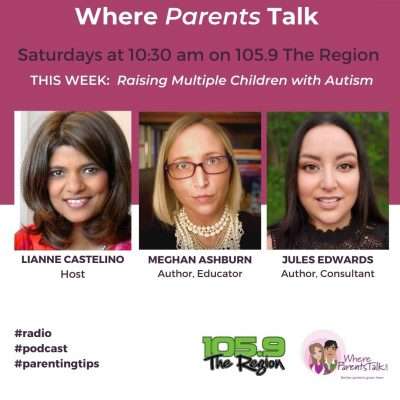 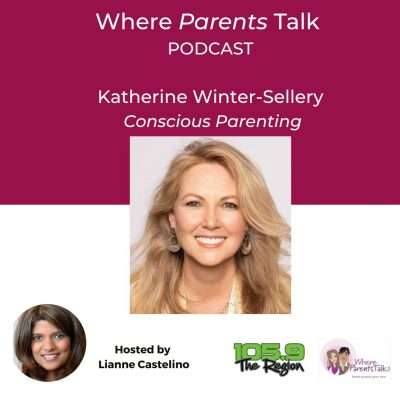